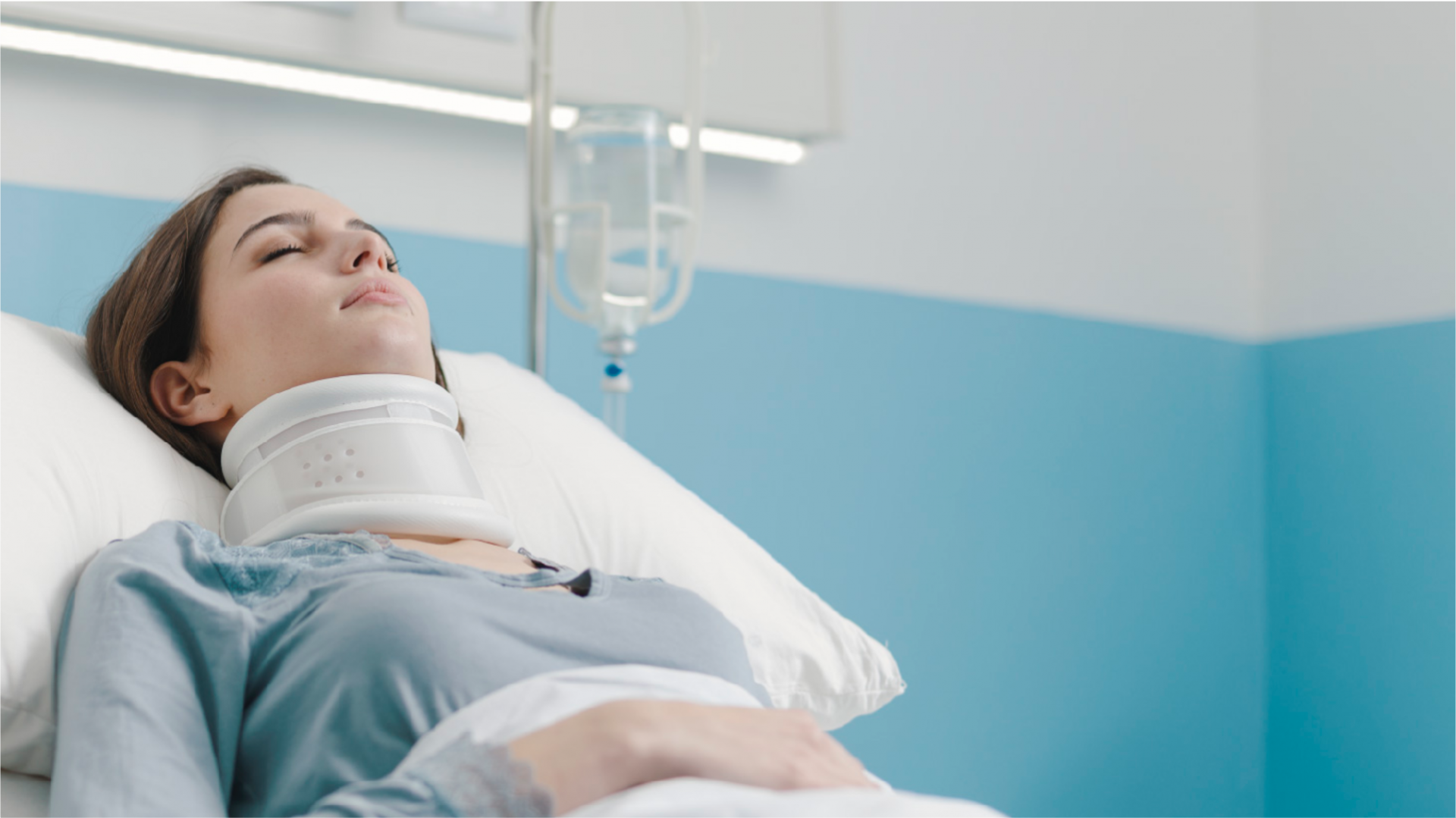 Neuroplast, a Dutch clinical stage biotech, focusing on cell-based treatments for neurodegenerative diseases, has enrolled its first patient in a Phase II clinical trial to evaluate efficacy of its transformative Neuro-Cells® treatment that aims to prevent further damage to the central nervous system after sustaining acute Traumatic Spinal Cord Injury (TSCI). The trial is conducted in collaboration with Hospital Nacional de Parapléjicos in Toledo, Spain. Recently, Neuroplast announced positive clinical Phase I results with Neuro-Cells® for the treatment for TSCI and also secured €10 million (US$11.5M) for the path towards obtaining conditional EMA market approval.

Annually, approximately 29,000 people across Europe and the USA suffer from acute TSCI, for which effective treatment is currently unavailable. Patients usually experience life-long disability and dependence, with a negative impact on quality of life. Furthermore, associated costs for society at large are estimated at over €11.4 billion ($13 billion) per year.

With the aim of giving back perspective to people that suffer from neurodegenerative diseases, Neuroplast developed Neuro-Cells®, a treatment that uses the patients’ own stem cells to prevent (further) loss of function during the acute phase after sustaining damage to the spinal cord, to preserve function, mobility and independence. Such combination of a) autologous treatment and b) intrathecal application in c) acute setting is what makes Neuro-Cells® unique.

The study is a randomized and placebo-controlled trial, with an early and late intervention cross-over design. The intervention group receives Neuro-Cells® in the sub-acute phase after sustaining trauma, with six months follow-up to their primary endpoints. The placebo group will receive a placebo at first but will be treated with Neuro-Cells® after the initial six-month follow-up period. The multi-facetted follow-up for both groups include standardized and validated outcome measures on motor and sensory function and multiple blood and cerebrospinal fluid measurements.

Antonio Oliviero, MD, PhD, Principal Investigator at Hospital Nacional de Parapléjicos de Toledo, Spain:
“After having worked in the field of Spinal Cord Injury for almost twenty years, I’m happy to contribute to establishing the role of cell transplantation in the functional recovery of individuals with Spinal Cord Injury. I am excited to be a part of this new step in research, together with Neuroplast.”

The trial will involve 16 patients that will be included six to eight weeks after sustaining trauma to the spinal cord.

The trial is conducted under official approval from the Spanish and Danish medical ethical committees Comité de Ética de la Investigación con medicamentos (CEIm) and National Videnskabsetisk Komité (NVK) and the competent authorities Agencia Espańola de Medicamentos y Productos Sanitarios (AEMPS) and the Danish Medicines Agency. These authorities approved a combined Phase II/III approach. This enables a faster path towards the market due to savings in time and a reduced number of required patients to study.

Neuroplast CEO Johannes de Munter concludes:
“The start of this Phase II trial marks another important milestone in our mission to bring back perspective to people who suffer from neurodegenerative diseases for which no effective treatments are available.”

Neuroplast has secured sufficient funding for the path towards obtaining conditional EMA market approval for the treatment of TSCI. The company is seeking additional funding for other geographies, and to explore broader potential of the Neuro-Cells® technology platform for Traumatic Brain Injury and Frontotemporal Dementia.

About Traumatic Spinal Cord Injury (TSCI)
Acute TSCI causes incurable impairment to the spinal cord, affecting approximately 12,000 people across Europe and 17,000 across the USA annually. The damage or trauma interrupts communication of the brain with the body regions below the site of injury. Spinal cord injuries are mainly caused by accidents and – in most of the cases – result in life-long loss of control of motor functions and sensations. After the primary injury to the spinal cord, a cascade of events leads to progressive loss of tissue which may further deteriorate the patient’s prognosis. Current treatment approaches for TSCI are only symptomatic, leaving the underlying pathophysiology unchanged.

TSCI has a serious impact on the quality of life of patients, with severe implications on mobility and loss of independence. In addition, TSCI creates a lifetime financial burden for patients, payors, healthcare systems and societies at large.

About Neuro-Cells®
Neuro-Cells® is a transformative treatment under GMP in the crucial first phase after sustaining TSCI, during which the irreversible impact of TSCI can be radically reduced. It contains non-substantially manipulated bone marrow-derived hematopoietic and mesenchymal stem cells, manufactured from a patient’s own bone marrow (donor and receiver are the same person). Inflammatory inducing components and pathogens are removed during this process. The combination of a) autologous treatment and b) intrathecal application in c) acute setting is what makes Neuro-Cells® unique.

About Neuroplast
Neuroplast is a Dutch stem cell technology company focusing on fast-track development programs using autologous cell products for treatment of neurodegenerative diseases, with the aim of giving back perspective to people who suffer from those conditions.

The company was founded in August 2014 by physician Johannes de Munter and neurologist Erik Wolters. Current funders are Lumana Invest, Brightlands Venture Partners, LIOF and the Netherlands Enterprise Agency. Neuroplast is located at Brightlands Chemelot Campus in The Netherlands.

About Hospital de Parapléjicos, Toledo, Spain
Hospital Nacional de Parapléjicos de Toledo is the reference public hospital in Spain for the treatment of spinal cord injury, recognized by the Ministry of Health of the Government of Spain.

About Lumana Invest
Investment company Lumana was established by entrepreneurs and unique due to not having a predetermined investment horizon. The Lumana founders showcase strong commitment to their portfolio companies by actively supporting management in strategic decision making.

About LIOF
LIOF is the regional development agency for Limburg and supports innovative entrepreneurs with advice, network and financing. Together with entrepreneurs and partners, LIOF is working towards a smarter, more sustainable and healthier Limburg by focusing on the transitions of energy, circularity, health and digitalization.

About The Netherlands Enterprise Agency
The Netherlands Enterprise Agency operates under the auspices of the Dutch Ministry of Economic Affairs and Climate Policy. It facilitates entrepreneurship, improves collaborations, strengthens positions and helps realize national and international ambitions with funding, networking, know-how and compliance with laws and regulations.

Forward looking statements
All statements other than statements of historical facts, including the statements about the clinical and therapeutic potential and future clinical milestones of Neuro-CellsÒ, the indications we intend to pursue and our possible clinical or other business strategies, and the timing of these events, are forward-looking statements. Forward-looking statements can be identified by terms such as “believes”, “expects”, “plans”, “potential”, “would” or similar expressions and the negative of those terms. These forward-looking statements are based on our management’s current beliefs and assumptions about future events and on information currently available to management. Neuroplast B.V. does not make any representation or warranty, express or implied, as to the improper use of this article, accuracy, completeness or updated status of above-mentioned statements. Therefore, in no case whatsoever will Neuroplast B.V. be legally liable or liable to anyone for any decision made or action taken in conjunction with the information and/or statements in this press release or for any related damages.