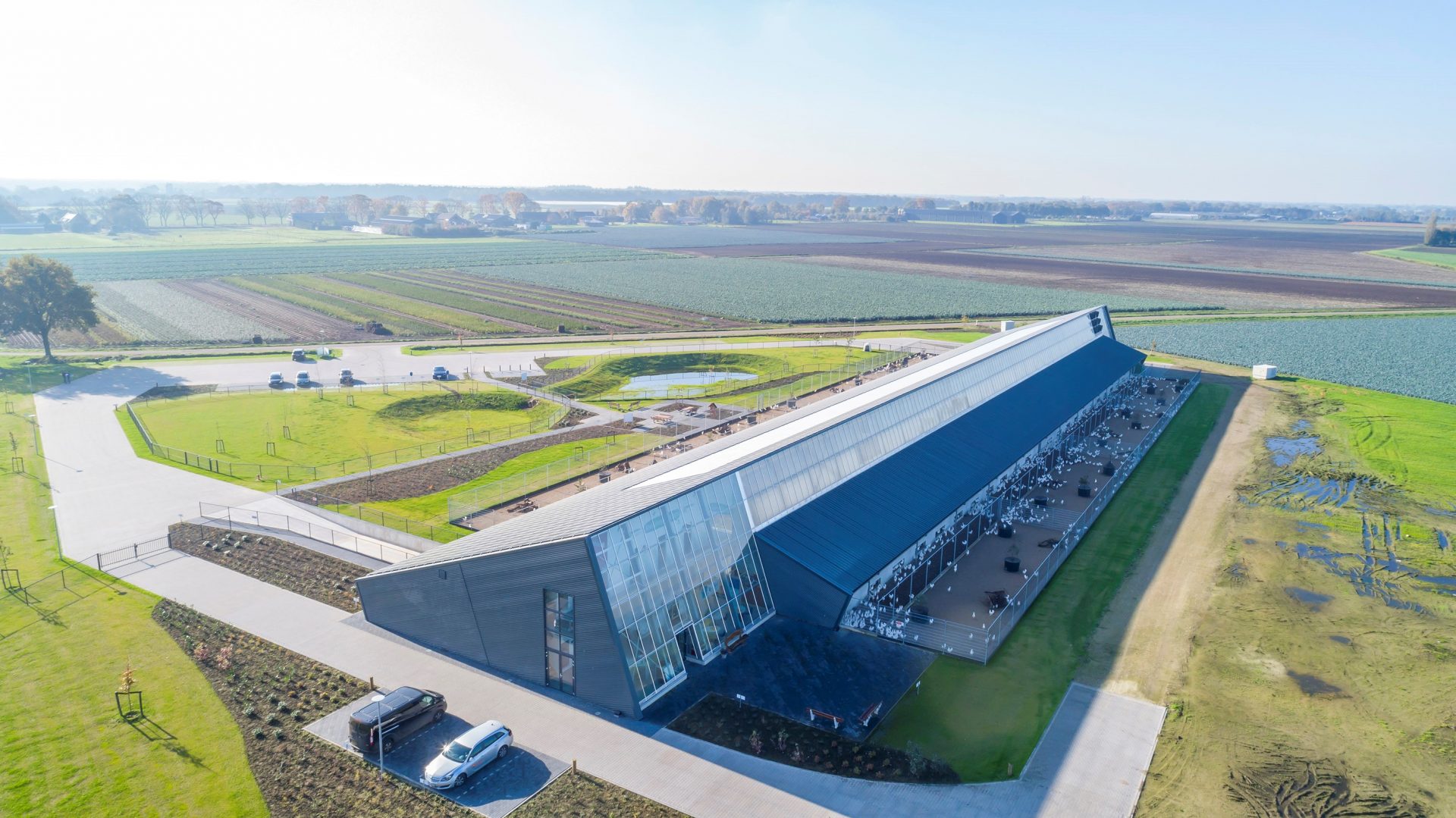 Please scroll down for Dutch version

Innovative poultry farmer Kipster strives for an international breakthrough
The international interest for the Dutch based Kipster concept is big. Scientists, policy makers, journalists and farmers travel from the US, Asia, Africa and Australia to Venray to see a revolutionary farm in operation. Meanwhile, Kipster has made agreements in the US, UK, France and Germany and more countries to start building farms. In several other countries talks are ongoing to also start operations. The growth capital of Brightlands Agrifood Fund provides the elbow room for this international rollout. The organization has amongst others been further strengthened with Marc Voss as Managing Director and Bas Timmers as Commercial Director.

The world’s first climate neutral egg
The world is expecting a contribution from food producers to the global sustainability challenges. Kipster’s concept is addressing the poultry sector’s expectation in this regard. Kipster produces the first climate neutral egg in the world on a commercial level. Next to that, the farm is designed around the needs and desires of a chicken. The combination of a low impact on the environment and a high animal welfare standard currently is unparalleled.

Closing loops
Kipster was founded in 2013 from a quest to be able to feed the world population in an honest way. Finding a solution to this quest has taken more than four years. This has been achieved with contributions of Wageningen University (NL), animal welfare and environmental organizations. The first Kipster farm opened its doors at the end of 2017 in Venray, the Netherlands. The most important innovation of Kipster is that Kipster-chicken valorize waste streams from the food industry into eggs and chicken meat. Because of this chickens are  not only a source of animal protein but also processors of organic waste. Kipster is the only commercial poultry farmer worldwide who is closing the loop in this way. Therefore the animal protein sector gets back its natural role in our food production system.

Ruud Zanders, Founder Kipster: “The investment of Brightlands Agrifood Fund not only provides us with the possibility to roll out the Kipster-concept internationally, it is also an acknowledgement of our vision on how to feed the world in a sustainable way. I am very excited that Brightlands Agrifood Fund has the foresight to invest in a company that strives to fundamentally innovate the livestock farming sector and understands that this new concept may be disruptive.”

Kim de Boer, Fund manager Brightlands Agrifood Fund: “The Kipster team fully understands how to combine animal welfare with producing an egg in a climate neutral way. We invest because we believe that the Kipster concept deserves to be scaled up internationally. We want to contribute to this growth and enlarge the consumer awareness about producing animal protein in a sustainable way.”

About Kipster
Kipster started in 2013 with a mission to find an answer to the question of how to feed the world population in an honest way. Currently, the low price the consumer pays for food means that a high price is being paid elsewhere, for example by the  environment, the animals, the farmers and our children. Kipster sees the need for improvement and is taking action to create a more sustainable world. Kipster was founded by Maurits Groen, Olivier Wegloop, Styn Claessens and Ruud Zanders.